January 1, 2016 marked the day new legislative and regulatory provisions entered into force in Quebec, thus modifying the Mining Act with the addition of 7 new provisions for mining companies to respect. In order to better understand what these changes mean for both mining companies and communities, let’s explore the concept of social acceptance, which is closely tied to corporate social responsibility (CSR).

Although to this day there are still many definitions out there for social acceptance, we’ll use the same the Mnistère de l’Énergie et des Ressources Naturelles chose for the Promoting Social Acceptability effort back in 2004:

The result of a process where concerned parts built together the minimal conditions to implement for a project, a program or a policy to harmoniously integrate, and at a given time, in its natural and human environment[1].

In other words, social acceptance (which can also be referred to as social license to operate) is an agreement between project developers and individuals and organizations that are or will be affected by the operations of a given project throughout its lifecycle. This agreement does not happen overnight, on the contrary! It requires numerous discussions between parties, regular consultations to take the communities’ pulse and, most importantly, is never guaranteed.

Just like the project and communities do, social acceptance evolves over time. Many things can shake this fragile agreement: an incident, unequal or unfair compensation, non-respect of promises like local employment, even corruption in some cases, etc. To learn more about social acceptance in Quebec and the Ministère de l’Énergie et des Ressources naturelles’ implication, you can consult this Green Paper.

It’s at midnight on December 31, 2015 that new legislative and regulatory provisions entered into force, thus impacting any company seeking a mining lease for ore minerals production of less than 2,000 tons per day in Quebec. Among other things, companies must now hold a public consultation within the area where the project is and produce a report of this consultation to send to the ministers responsible for mines and the environment. If there has to be resettlement of communities, a restructuration and rehabilitation plan must be accessible at least 30 days before the consultation.

To ensure transparency of follow-ups, a follow-up committee will have to be formed by the renter. The goal of such a committee is to encourage the implication of local communities for projects that affect them. The renting company has 30 days following the issue of its mining lease to constitute this committee, which has to be maintained until the end of the project’s lifecycle, including site closure and restoration. The committee’s role works in favour of both the project and communities: in addition to provide a means for citizens to disclose concerns, it also allows mining companies to communicate with some communities that are closed to dialog.

Although the number of members in the committee is left to the renter’s discretion, some restrictions apply to the chosen members. The majority of members have to be independent of the renter, and the committee should also have a representative from the economic environment, a citizen, a municipal councillor, and if applicable, a member of an aboriginal community. Members should also come from the area the lease is signed for.

To learn more about the new legislative provisions: http://mern.gouv.qc.ca/english/mines/rights/rights-Legislative-Regulatory-2016.jsp 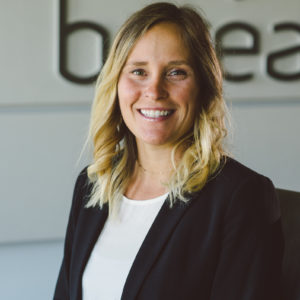 Sarah is a Communications, Marketing and PR Specialist with a keen interest in social and environmental issues as well as CSR. For over 5 years, she has been working closely with various organisations to produce intelligible content that offers a simpler approach to complex topics. She believes that marketing can be used for more than its traditional purpose of selling a product: it can help disseminate valuable information to make this world a better place. Sarah is an enthusiastic world traveler who typically spends her days off outdoors either on a snowboard, hiking, or in scuba gear.
Más detalles sobre el autor