The volume of infrastructure projects is expected to increase over the next decade as aging assets are rebuilt and upgraded and new capabilities (such as solar, wind, and smart grids) are introduced to respond to climate change.

As the key interface between stakeholders and owner/operators, stakeholder engagement plays a critical role in project success and satisfaction for everyone involved.

There are many ways to fail, so focus on value

Infrastructure and other large-scale projects are unique in their economics and their dependence on successfully reaching agreements with stakeholders over the course of many interactions. Mastering stakeholder engagement produces happier stakeholders as well as better outcomes.

Compared to daily business operations, project work has unique features that require attention. The economics are more complex and even potentially misleading, due to the tendency to focus on the initial investment in design and construction. Projects also exhibit the typical revenue and cost dynamics faced by all for-profit entities. The initial focus on completing construction on budget and on time can potentially mean trading short-term success for long-term misery.

Furthermore, stakeholders can have a great influence on many aspects of an infrastructure project. Public protests, regulatory inspections, and administrative processes can cause delays that destroy a schedule. Any scheduling delays can increase costs, which means that the original budget is often exceeded by a large margin. Stakeholder demands may require redesigns or other changes in planned operations, which can quickly make initial cash flow estimates obsolete.

Clearly understanding how value is created in infrastructure projects ensures that appropriate investments are made in stakeholder engagement, and that those activities are taken seriously. Doing so will increase the likelihood of success, and help define what success actually looks like over time.

To get the full picture of a project’s value, it is necessary to look beyond the “veil of completion” and evaluate the impact over the life of the operation, as well as the project’s impact on the company reputation (which will affect future projects). Value has a much longer “tail” for infrastructure projects than for many business entities, due to the long life of the asset created.

The economics associated with each of the major steps in an infrastructure are generally similar. First, a project is conceived and a design is prepared to meet the requirements, and construction is planned out step by step. The design can be preceded by a feasibility study. At that point, or soon thereafter, public consultations may occur. Engaging with stakeholders can start as early as when the idea of the project is conceived, and certainly by the design phase so that stakeholder concerns can be addressed.

Further engagement takes place as construction begins. A good example is during the process of land acquisition or obtaining right-of-way for a pipeline, road, wind farm, solar installation, utility line or mine.

The exhibit above shows the core drivers of value across the three main phases of a major infrastructure project. It shows two parallel streams, reflecting both owner/operator and stakeholder interests. Each stream ends on the right side with value attained by each party. Usually there will be some interests shared by both, but when they do share interests, these usually differ by a large degree. The exhibit shows typical expectations that are unique to each party.

From a stakeholder perspective, there are a number of possible concerns about the project that drive a range of reactions from curiosity to resistance. Stakeholders may not like certain aspects of the project, are concerned about disruptions to the status quo, want to be compensated for relinquishing certain rights for land use, or have concerns about living near the asset during construction or when operational. There may or may not be any willingness to discuss concerns or negotiate with owner/operators. The value that stakeholders achieve is a net of the overall project benefits and disadvantages, which may be felt collectively or individually. For example, the benefits may be improved access to electric power, transportation convenience, or local economic development. The project might also come with some downsides, such as disruption of local crops or commerce, or noise. As shown on the far right of the Exhibit, it’s the net benefit that counts. The quality of stakeholder engagement determines the nature of the interaction between potentially opposing views. Good engagement can prevent a polarized relationship emerging, and can foster a collaborative relationship, even if only for key portions of the project.

…And Owner/Operators do too.

From an owner/operator perspective, there are many concerns about not having to make too many changes to the planned design or budget since modifications can be costly. Also, the later in the project that changes occur, the more costly they become.

The value that owner/operators garner is, at the core, economic in nature. It is best that the project be completed under budget or within the allotted time schedule. It must also meet its design requirements. With a pipeline, for example, it must actually pump a certain volume of fluid during operational testing prior to being put into service.

In addition, the operator wants to be able to actually operate the asset. In order to do so, it must retain its social license to operate by not offending critical stakeholders. Regulators or citizen voters could effectively put them out of business or seriously curtail operations.

As shown on the right of the Exhibit, owner/operators ultimately want to contain the cost to complete the project, be allowed to achieve revenue expectations while containing operating cost so that the project is acceptably profitable. Over the life of the asset, the annual profitability (which may be negative for select years during start-up) in aggregate will determine the asset’s overall return on investment (ROI). Since most infrastructure projects are made possible by equity or debt financing, financial results really do matter. Financing costs alone over the life of the asset can easily amount to an amount equal to the construction itself.

Owner’s and stakeholder’s main concerns are significantly different. It does not mean that owners cannot empathize with local stakeholder concerns and incorporate them into the project design. Nor that stakeholders cannot appreciate the need for the company’s or government’s need for an economically viable project. Both sets of needs must be met to an acceptable level for both parties for the project to proceed.

While perspectives change over time, the only way the two positions meet is through stakeholder engagement, shown at the midpoint of the Exhibit, between the stakeholder and owner/operator value streams. The interaction is the main mechanism for communication for the life of the project. The interface between owner/operators and stakeholders can have an outsize impact on overall project success and collective satisfaction. Often, it is the interaction across this interface that determines if a project proceeds to the next phase. In other words, stakeholder engagement is the oil that allows the gears of the project to keep turning.

Budget and Schedule are important, but short-sighted goals

While containing the cost of design and construction can get a lot of attention in the early stages of putting an asset in to use, the “long tail” of its operating life is just as important. It might take 2-5 or more years to settle on a design, finalize that design in detail, and build and prepare the asset for use.

The Value Attainment Phase (shown on the Exhibit) that accompanies active operations can easily last from 10 to 30 times as long as the design and construction phases put together. Because it occupies such a long duration, it can have a magnified effect on project economics.

So, don’t focus only on meeting the original budget and schedule to the extent that it will hurt the later revenue and profit-producing stage of operations. There is a potential tradeoff relationship between the initial (up-front) cost for putting an asset into production, and the (back-end) profitability of subsequent operations. The tradeoffs must be understood before any new commitments or changes are made. This is why stakeholder engagement and negotiating win-win solutions is so valuable to everyone.

Many Ways to Kill a Project

To respond to stakeholder concerns, owner/operators can adjust the project features through its investment in design and construction, or in how it operates the facility which will affect the asset’s annual profitability. Since time has such a big effect on the overall financial result, it is important to analyze options closely and with an eye to the duration of any proposed changes.

For example, providing alternative transportation pathways (e. g. temporary bus service for locals) during the most disruptive portions of construction will increase the cost of construction. But it could also be balanced out with an adjustment to operations constraints such as hours of operation or size of the facility in a way the slightly enhances operating profit. The net result is preserved ROI for the overall project, along with a satisfied local community. A win-win.

There may be many ways to kill a project, but there is only one way to keep it alive, and that is an effective stakeholder engagement process.

As Stakeholder Capitalism Grows, Your Competitors will also be Engaging Stakeholders

Not only is Stakeholder Engagement needed for project success, it is needed for competitive success in your industry, and if relevant, your stock price.

Stakeholder capitalism is gaining ground at the expense of shareholder capitalism, leading companies everywhere to evaluate their stakeholders and proactively engage those who can impact their success. This includes your competitors. It means that, all other things equal, you could soon be competing on the basis of how well you listen to stakeholders.

Some Tips on How to Strengthen your Stakeholder Engagement capability

Here are some quick ideas to consider as you move forward:

Note: The author thanks Alikos Wealth Management (or Ryan and Wetmore CPA) for assistance with financial calculations.

This text was written with the contribution of Richard Ferraro, Expert in management of corporate “influence functions” to optimize impact and value. 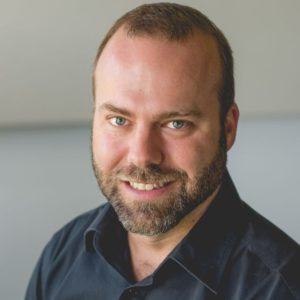 While working on a major pipeline in 1998 Patrick had the creative epiphany which led to the establishment of Borealis. Companies were just starting to consider community and social risk as part of the execution of their projects – and the implementation of international social impact programs was still in its nascent stage. Six years later, Borealis was born and rapidly grew into a leader in the Social Performance marketplace. Implementation of the Borealis solution with global players in the natural resources arena validated Patrick's vision for success. For the past two decades, he has continued his leadership role in major infrastructure initiatives around the world, including pipelines, transmission lines, hydro-power, mines, oil fields, wind power, roads, port, and railway projects. LinkedIn profile
Read more from this author